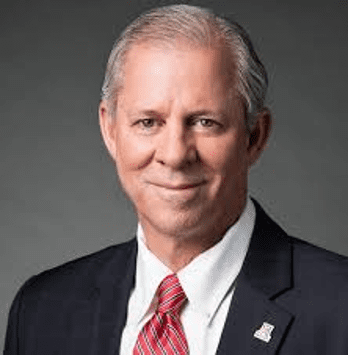 Dr. Robert C. Robbins assumed his position as the 22nd president of the University of Arizona on June 1, 2017. Previously, he served as president and CEO of the Texas Medical Center (TMC) in Houston from 2012 to 2017. In this role, he significantly enhanced TMC’s commitment to collaboration, introducing five cross-institutional research initiatives centered on innovation, genomics, regenerative medicine, health policy and clinical research.

An internationally recognized cardiac surgeon, Robbins has focused his clinical efforts on acquired cardiac diseases with a special expertise in the surgical treatment of congestive heart failure and cardiothoracic transplantation. His research work includes the investigation of stem cells for cardiac regeneration, cardiac transplant allograft vasculopathy, bioengineered blood vessels, and automated vascular anastomotic devices. Robbins is the author of more than 300 peer-reviewed articles and a former guest editor of the Circulation Surgical Supplement.

In addition to his role at the UA, Dr. Robbins serves on the boards of the Arizona Commerce Authority, Southern Arizona Leadership Council, Tucson Metro Chamber of Commerce, United Way of Tucson and Southern Arizona, and the Greater Phoenix Economic Council. He is also a member of the Chairman’s Circle of Sun Corridor, Inc., and a member of Greater Phoenix Leadership. While at TMC, Robbins served on the Houston branch of the Dallas Federal Reserve board, the board of directors of the Welch Foundation, and the American Heart Association Southwest Affiliate in 2016. He served on an independent blue ribbon committee to evaluate the Veterans Affairs health system, and the World Affairs Council of Greater Houston honored him as the 2016 International Citizen of the Year.