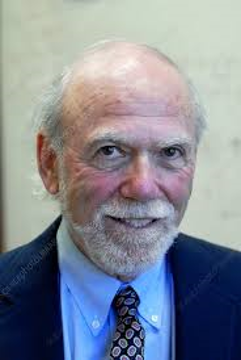 Barry Barish was awarded the 2017 Nobel Prize in Physics “for decisive contributions to the LIGO detector and the observation of gravitational waves”. He shared the prize with American physicists Rainer Weiss and Kip S. Thorne.

He worked on experiments at the Stanford Linear Accelerator Center (SLAC) and Fermilab, where he was among the first to observe the weak neutral current, a linchpin of the electroweak unification theories of Glashow, Salam, and Weinberg. In the 1980s he directed MACRO, an experiment that searched for exotic particles called magnetic monopoles and also studied penetrating cosmic rays, including neutrino measurements that provided important confirmatory evidence that neutrinos have mass and oscillate. He headed a team to design an experiment for the Superconducting Super Collider (SSC) until its cancellation by the U.S. Congress in 1993.

After the cancellation of the SSC, Barish became Principal Investigator of the Laser Interferometer Gravitational Wave Observatory (LIGO) in 1994. Barish instituted technical changes to LIGO’s design, such as using solid-state lasers, which were more powerful than the originally planned argon gas lasers. Barish became LIGO Director 1997, establishing a strong management structure and the LIGO Scientific Collaboration (LSC), a team of hundreds of scientists from around the world leading to significant increases in NSF funding, eventual upgrade to Advanced LIGO, and the ultimate success of LIGO with the first detection of gravity waves from a pair of black holes that spiraled into each other 1.3 billion light-years away on September 14, 2015. For this achievement he was awarded the 2017 Nobel Prize in Physics, shared the prize with American physicists Rainer Weiss and Kip S. Thorne.

In 2005 to 2013 Barish was director of the Global Design Effort of the International Linear Collider (ILC), a proposed 31-kilometre- (19-mile-) long linear particle accelerator, the highest priority future project for particle physics worldwide.

Barry Barish is a member of the National Academy of Sciences, Foreign Member of the Royal Society of Great Britain and of the Academy of Sciences of Spain, recipient of numerous scientific awards and prizes including the Enrico Fermi Prize (2016), the American Ingenuity Award(2016), and the Henry Draper Medal (2017). He is the author of hundreds of publications. Barish received his bachelor’s and doctorate in physics at the University of California, Berkeley, in 1957 and 1962, respectively.