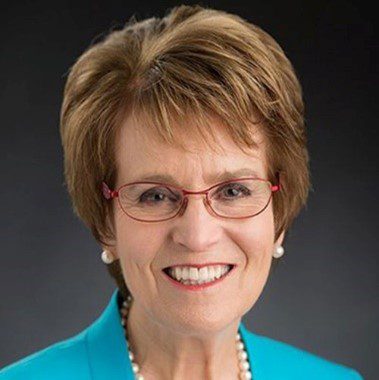 Mary Sue Coleman began her tenure as president of the Association of American Universities on May 31, 2016.

Dr. Coleman has during her career as a faculty member and administrator been a national leader in higher education. Time magazine named her one of the nation’s “10 best college presidents,” and the American Council on Education honored her with its Lifetime Achievement Award in 2014.

In recognition of these efforts, Dr. Coleman was named by President Obama in 2010 to help launch the Advanced Manufacturing Partnership, and U.S. Commerce Secretary Gary Locke named her as co-chair of the National Advisory Council on Innovation and Entrepreneurship.

Dr. Coleman earned her undergraduate degree in chemistry from Grinnell College and a PhD in biochemistry from the University of North Carolina at Chapel Hill. She holds honorary doctorates from numerous institutions.

Currently, Coleman is also a member of the boards of trustees of the Kavli Foundation, the Mayo Clinic Foundation, the Gates-Cambridge Scholars Program, the Society for Science and the Public, and the University of Denver.