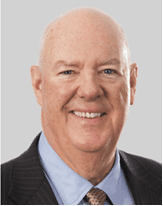 From 1972 to 2001, Mr. Swift had a variety of assignments at Foster Wheeler (now AMEC) leading to his position as Chairman, President, and CEO from 1994 until his retirement in 2001. Foster Wheeler is a large, international Engineering and Construction Company, which built refineries, process facilities, power generation units, oil and gas facilities, and industrial facilities. Mr. Swift served in a variety of engineering and management assignments during this period, with the exception of one year (1977-78) when he was employed by Union Carbide Corporation in their Corporate Development Group.