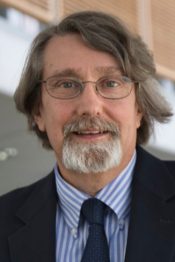 David Schultz is a member of URA’s Executive Team and serves as Director of URA Sandia Site Office (USSO), contributing to and coordinating USSO’s efforts to support Sandia National Laboratories’ mission in service to the nation.  This work constitutes activities that foster linkages to external expertise at universities, in industry, and at other national laboratories, and aids in strategic planning, calibration of research portfolios, and development of research and development talent.

Previously, he served as Vice President for Research at Northern Arizona University, with administrative responsibility for the university’s Office of Sponsored Projects, Office of Research Compliance, and intellectual property management and commercialization unit, NAU Innovations.  Before that he was Associate Vice President for Research and Innovation at the University of North Texas (UNT), Professor and Chair of the Department of Physics at UNT, Group Leader of Atomic Physics at Oak Ridge National Laboratory (ORNL), and Research Professor at the University of Tennessee.  At ORNL, he became well-known for development of new research programs and for strategic planning, strengthening support for research by the U.S. Department of Energy and developing broader funding for work from other agencies such as NASA and the Department of Homeland Security.

He is an accomplished theoretical physicist whose research involves both basic studies of few-body atomic-scale systems and applications of atomic physics in astrophysics and plasma science.  He has authored or co-authored more than 200 scholarly papers treating, for example, the computational solution of the atomic-scale few-body problem, diagnostics of fusion energy plasmas, spectral emission from the atmospheres’ of planets, and use of ultra-intense, ultrafast laser pulses as particle accelerators.  In recognition of his research and research leadership he has been elected a fellow of the American Physical Society (APS) and of the Institute of Physics in the United Kingdom.

Dr. Schultz has served on a wide range of advisory and review panels such as the National Academy of Science’s Committee on Atomic, Molecular, and Optical Sciences and as a consultant and advisory group member for the Atomic and Molecular Data Unit of the International Atomic Energy Agency.  He is also a past Chair of the American Physical Society (APS) Division of Atomic, Molecular, and Optical Physics and member of the APS Council of Representatives.