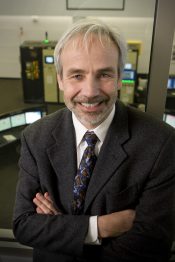 Ian Anderson was named Director of the Universities Research Association’s Sandia Site Office in November 2018. Prior to his appointment at URA, Dr. Anderson was Director of the Graduate Education and University Partnerships programs at Oak Ridge National Laboratory (ORNL), with a primary responsibility of shaping and implementing strategic university partnerships and growing workforce development and training programs aimed at ensuring a high caliber pipeline of scientists.

From 2007 to 2011, Dr. Anderson was Associate Laboratory Director for Neutron Sciences at ORNL overseeing the operation and scientific activity of the two most powerful neutron research facilities in the US, the Spallation Neutron Source (SNS) and the High Flux Isotope Reactor (HFIR).

Dr. Anderson joined ORNL in 2002 as director of the Experimental Facilities Division at the SNS, leading the construction of the target facility and neutron scattering instruments, and the development of the user program.

Before joining ORNL, Dr. Anderson was head of the Neutron Optics Laboratory at the Institut Laue-Langevin in Grenoble, France, where he led a team working on the development and production of optical elements for neutron beam instrumentation.

Throughout his career, Dr. Anderson has carried out active research programs in the field of Hydrogen in Metals and developed neutron-scattering techniques in major research facilities both in Europe and America. Dr. Anderson holds a Ph.D. and M.Sc. in physics from Birmingham University and B.A. and M.A. degrees in natural sciences from Cambridge University, England.