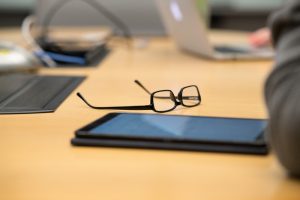 Universities Research Association, Inc. (URA) makes an award for outstanding work conducted by an early career researcher at Fermilab or benefiting the Fermilab scientific program. The award is presented during the annual Users’ Meeting held at Fermilab in June.

All Ph.D. researchers at Fermilab or URA member institutions who are within six years of their initial appointment to a tenure-track or a Fermilab tenure-track equivalent position* as of the nomination deadline are eligible. Career breaks and time spent on family or medical leave will not be counted as part of the six-year period. The work for which the award is made must directly benefit a Fermilab experiment or accelerator project, or be performed in conjunction with Fermilab staff. The work may be experimental, theoretical, or a contribution to instrumentation, computing, or accelerator technologies.

The nomination consists of:

1) Name and title of nominator. Candidates may nominate themselves for the Award.

2) A brief cover letter which can act as the nomination letter if self-nominating.

3) Curriculum vitae for the candidate including a list of invited talks and showing initial tenure track position and year of appointment if different from current position. Please do not submit personally identifiable information such as birthdate or social security number.

5) A written statement of no more than five pages from the candidate describing the research and demonstrating the nominee’s scientific insight and creativity. The award is for the body of work by the researcher while in a tenure-track or a Fermilab tenure-track equivalent position. The research may be conducted in collaboration with others or as part of a larger project and may include several research projects or a single large research project.

6) No more than two letters of support from scientists familiar with the work. If not self-nominating, one of the letters can act as a combined letter of nomination and letter of support.

A committee appointed by the Fermilab Director will select the most outstanding work. The recipient is notified in May of the award year and is invited to present the work in a talk at the annual Fermilab Users’ Meeting in June. The recipient of the award receives a certificate of recognition and a check for $5,000 from URA.

2020 Submission deadline to be announced.

At Fermilab, “tenure track equivalent” positions are Associate Scientist and the Wilson and Peoples fellowships.