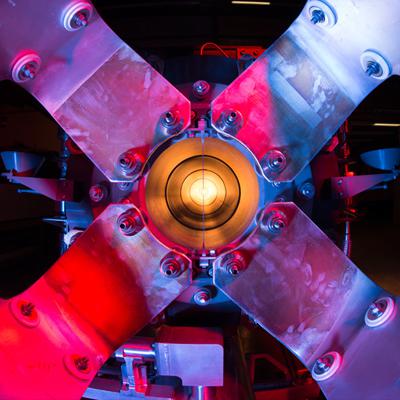 Membership in URA is open to universities with a significant graduate program and a demonstrated sustained commitment to research in the physical, biological, and engineering sciences as evidenced by, for example, a Carnegie classification of “R-1: Highest Research Activity,” or demonstrated equivalence. Prospective member institutions should exhibit academic excellence and a productive scholarly output of publications in science and engineering.

The criteria for full membership in URA are, generally: a consistent output of advanced degrees in relevant disciplines; and overall strength and growth in the disciplines of science, technology, engineering, and mathematics (STEM) relevant to URA’s mission and activities.

URA will consider, on a case by case basis, applications for Associate Membership from universities that may not currently meet all URA criteria for membership, but have demonstrated a clear commitment to build robust programs of research in the physical, biological, and related engineering sciences.

URA does not collect annual dues from its members. However, to meet certain corporate expenses that are not allowable under its government contracts, URA may, on an occasional as-needed basis and with the approval of the Board of Trustees and concurrence of the Council of Presidents, collect assessments from its regular members.

Currently, for the benefit of its member universities and Fermilab, URA sponsors the Visiting Scholars at Fermilab Program, providing awards on a competitive basis to the faculty and graduate students of its member universities to carry out research at Fermilab. This program, last extended by the URA Council of Presidents for the five year period 2017-2021, is supported by a yearly assessment of URA member institutions of $5,000. New members are invoiced $10,000, corresponding to the assessment of $5,000 for the immediate past year, and the assessment for the year of admission to membership.

A membership application consists of a letter of interest from the chief university official (e.g., President, Chancellor, or equivalent position) to the URA Executive Director. The letter should describe the university’s academic and research profile in the physical, biological, and related engineering sciences, including: the number of advanced degrees granted during each of the past 5 years; the number of graduate students who have reached the thesis research stage; and, the number of faculty members in such departments.

The Council of Presidents normally considers membership nominations at its annual meeting in January/February. URA by-laws provide that nomination may be made by the URA Board of Trustees, or any group of ten URA members. New members must be elected by two-thirds majority of the entire membership.

For additional information, please contact the URA Executive Director at the Corporate Office in Washington, D.C.